Military drones have evolved mightily from the cameras hung on model airplanes that were introduced in the early 1980s. They are now used for battlefield intelligence, reconnaissance, and surveillance (ISR), early warning, troop support including search and rescue, and attacking enemy assets.

As the Russian invasion of Ukraine grinds on, drones could soon be deployed for another use. A new generation of drone-based acoustic sensors may provide an important response to what appears to be a significant upgrade in Russia’s passive sensor system for locating Ukrainian artillery far from the immediate battlefield and thus hard to destroy.

Called “Penicillin,” the new Russian system combines acoustic sensors, thermal imaging and seismic detectors. It replaces an older passive sensor system (azk-7m/1b33m), of which the Ukrainians have a derivative (RAZK).

Russian sources claim Penicillin is having a devastating effect by letting Russian forces accurately target Ukrainian long-range artillery from great distances. Ukraine’s artillery, say the Russians, is being steadily eroded while its airpower is being diminished. This is backed up by Ukraine’s continued requests to the West for more long-range artillery.

In the meantime, Russia seems capable of protecting its own artillery far from the front line. Air defenses coupled with jamming and electronic warfare capabilities are poised against the US-supplied counter-battery radars that are used to locate and target Russian artillery. 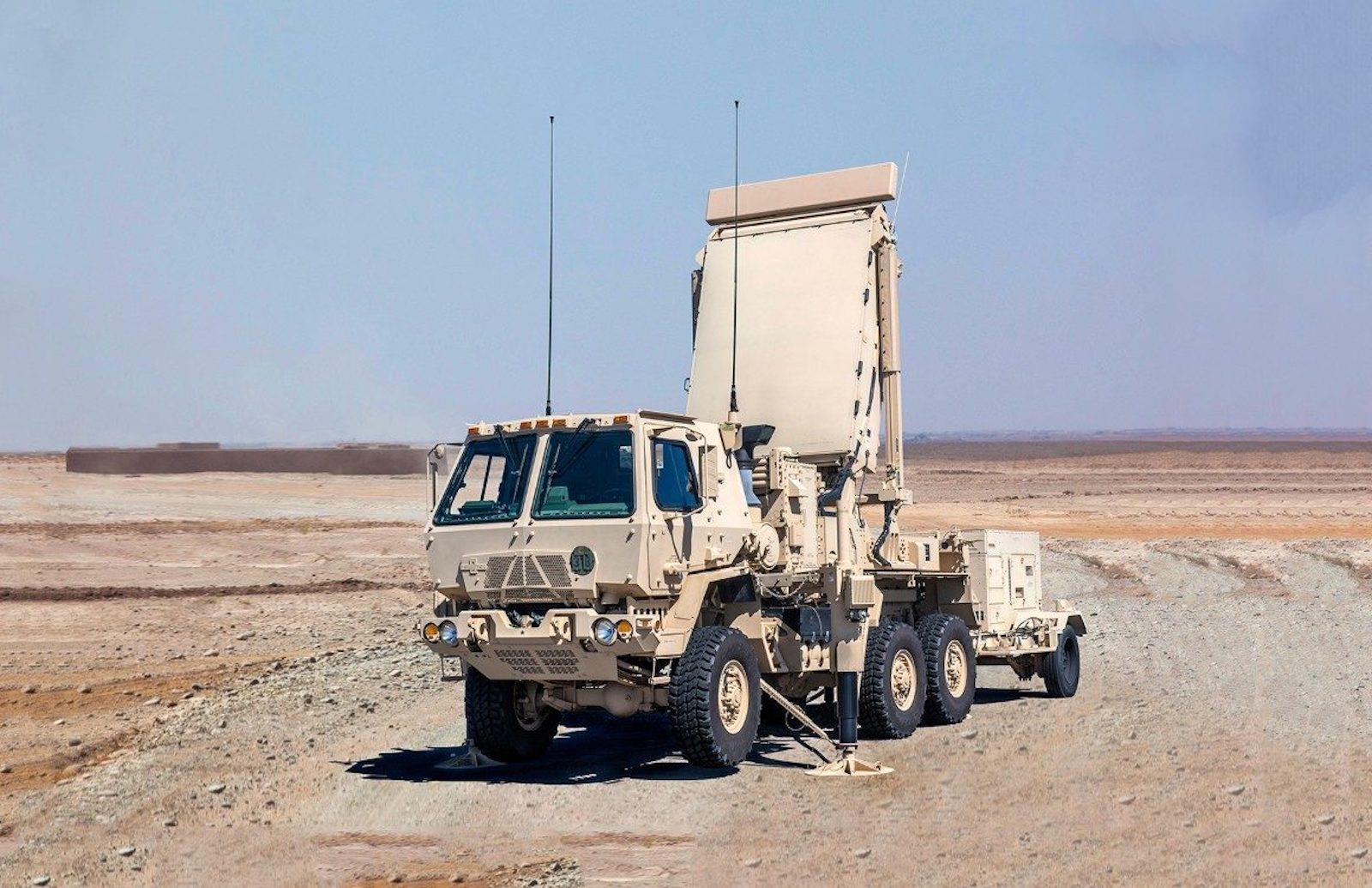 Just this week, Russia said it had destroyed two US counter-battery radars – one a tactical system and the other a longer-range system. Counter-battery radars can easily be detected when they are turned on; passive systems cannot be easily located, nor can they be jammed.

Like the Russians, the US and its allies and friends have passive acoustic sensors – those are not new. They were first proposed before World War I, and the first patent on a system was filed by German Army Captain Leo Lowenstein in 1913. They were used during both world wars and in Sarajevo, Iraq and elsewhere before Ukraine.

Acoustic systems are not accurate at long distances. The British-developed halo (Hostile Artillery Locating) system has a claimed accuracy of only 50 to 100 meters under ideal conditions, meaning that hitting an enemy artillery piece far away is a matter of some luck.

Sound waves, especially in low frequency, can be devilishly difficult to locate. Terrain, climate and weather conditions often need to be measured and ancillary sensors brought in, especially when the attempt is to locate long-range radar.

Even then, accuracy is elusive. Where multiple guns are firing in close proximity, it becomes even harder to sort out artillery locations.

Drones with acoustic sensors might be the answer to Penicillin with its passive sensors and large ground footprint. The drone system would identify the location of the enemy artillery. It would not deal with the Penicillin system.

It would be far cheaper than the very costly Penicillin or the costly counter-battery radars used to detect the location of incoming artillery firing. A small drone costs around US$25,000 to $50,000 (not counting the sensors, which would perhaps cost $5,000 to $10,000 including communications interfaces).

Furthermore, the loss of a drone is not a major problem whereas the loss of a multimillion-dollar counter-battery radar or a Penicillin system has far more impact. Moreover, the chance of hitting the target is better with the drone.

safety dynamics, a small American company in Arizona, has miniaturized acoustic sensors to the point where the sensors and electronics can be integrated into a soldier’s helmet. At that size, they could fit into drones.

The Safety Dynamics sensor system, known as SENTRI, has not yet been tested on drones, but there is no technical barrier to doing so. It has been tested by the US Army on moving vehicles and achieved almost perfect accuracy.

Indeed, SENTRI performed better than other systems tested by the Army on moving vehicles. 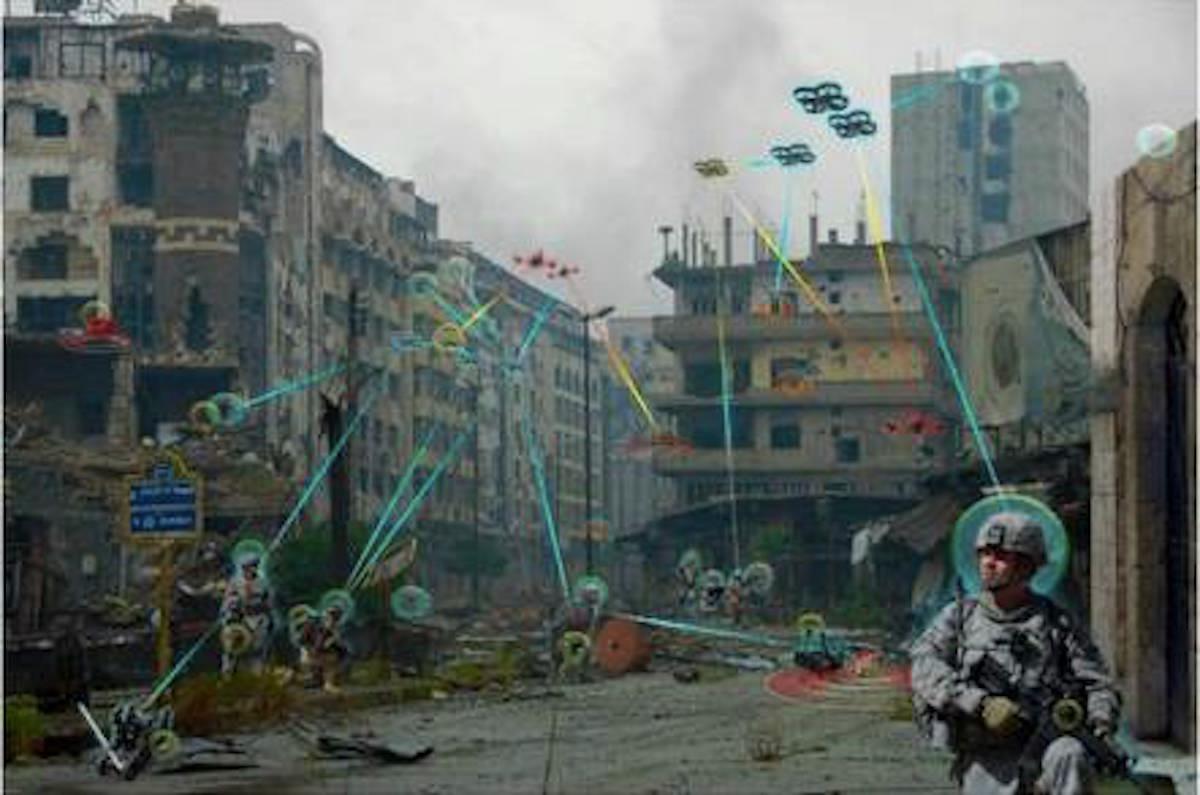 How the proliferation of sensors, integrated via the internet of battlefield things (IoBT), can transform warfare. Image: Army Mad Scientist Laboratory

A drone equipped with a system such as SENTRI could relay information, or it could actually attack identified targets if the drone came equipped with rockets such as the Turkish roketsan mam-l smart micro munition or weapons including the US hellfire or the Israeli spike missiles.

An acoustic sensor drone could also be paired with day and night cameras, which means its capabilities could be combined with visual and flash detection.

Unlike ground-based systems such as counter-battery radars or passive systems such as HALO and Penicillin, a drone-based solution that can also operate autonomously with a passive array of sensors could prove a game changer in the war in Ukraine. Better than Penicillin.